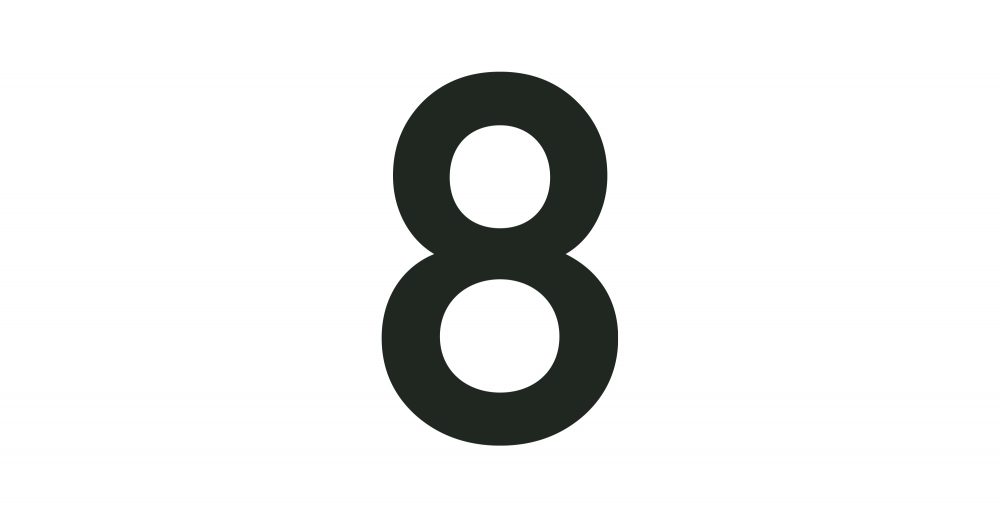 And just like that, Everything are 8 years old. Our Managing Director, Mark Dawson reflects on the journey of starting the business and how it’s progressed over the years:

“We’ve come a long, long way together, through the hard times and the good” warbled Camille Yarbrough on Fatboy Slim’s relentless earworm Praise You, which is particularly appropriate on our 8th birthday.

Allow me to go all misty-eyed and tell you how Everything came about.

Everything started with humble beginnings…

Mickey (Everything’s Creative Director) and I had been friends for many years and had often talked at length about doing creative projects together. I was a copywriter and Mickey was a designer so we felt there must be creative potential in those opposing but complimentary skillsets.

Our first project was a culture magazine called Small Change, which focused on social issues that were pertinent to the North East. We wanted to create a publication that would shine a light on the amazing work people were doing to help others and show how a ‘small change could make a big difference’.

We published 3,000 copies of Small Change and distributed it throughout the region. Divvying up the profits from ad sales we realised we had worked tirelessly for six months and made precisely £90 each. It was clear that we weren’t going to be the next Rupert Murdoch (thank God), but we had proven we could work together well creatively.

While not financially lucrative, Small Change was a success in raising awareness of social issues and the importance of cultural inclusion. With this in mind, we were keen to figure out how we could create more change with our next endeavour. We wanted to make a difference.

We decided to start a design agency; an ambition Mickey had always had but didn’t yet have the support to bring to fruition. So, with the roles each of Words and Pictures we began to spend Sunday afternoons in the pub working on a business plan with little clue to what we’d do when we finished it.

Before we knew it, we were handing our letters of notice to employers who mocked the foolishness of starting a business during a recession.

We rented a house and set up a tiny attic studio full of IKEA Kallax and the smell of the amazing food that our housemate Adam (Everything’s ‘Fifth Beatle’) would cook for us.

And then… nothing really happened.

We turned up every day; because as Woody Allen said, “80% of success is showing up”. We sat staring at a phone that never rang, burned through our start-up loan and worried that we’d done the wrong thing. We were woefully unprepared for the patience and fortitude needed to create and maintain a business, but we stayed passionate and driven to make it work.

In that first year, a few very kind souls took a chance on us, most of whom we still work with to this day. And with that encouragement we pushed on the best we could; by trying to make each small project better than the last.

Those early jobs were hard won. We had to deal with all manner of characters looking for a cheap deal, an agency that didn’t ask questions or one without a moral compass; from convicted con artists, perma-stoned tech entrepreneurs to a man convinced wrapping paper for dogs would become a thing (maybe it has?)

Despite those challenges, we got through, a month at a time, fired up on the belief that the work we did was valuable and would eventually help people make a difference to the world in our own small way.

Then, towards the end of the first year something changed. We won a pitch with Life Science Centre and Barbican — internationally renowned names, to design a major, globally touring exhibition. For the first time, as the total underdog, we had to stand up and present not only our ideas, but communicate why we were a compelling prospect that could be trusted with a considerable budget and the weight of tens of thousands of visitors’ expectations on our shoulders.

We let our creativity run away with us, trusted our instincts and the exhibition welcomed over half a million visitors. That pitch seems a long time ago now, but I’ll never forget the buzz, the fear and the exhilaration of it.

A lot has changed since then. We’ve taken on staff, worked with world-renowned institutions in the education, arts, culture and voluntary sectors and adapted to a global pandemic.

We’ve won, we’ve lost and we’ve learned to be proud of the intrinsic value we bring to the table. We’ve grown insurmountably both as a business and as people.

As I write this, the memories of shaking like a leaf in my first client meeting or the sickening nerves of that pitch seems almost quaint but also they still resonate, because I don’t want to ever be complacent, I want us to always be pushing harder and for better, in short I want to continue to show up.

Nothing compares to the satisfaction of bringing positivity into the world through doing something you love, with, and for the people, and things you love.

Happy Birthday Everything, here’s to many more.